Bristol is renowned for its short fiction writers, and the readers at the Novel Nights Short Fiction evening certainly highlighted this.

The first to read was Nicola Keller from Bristol, who mostly writes for children and young adults, but is currently writing a historical novel. She presented a short extract of the work, which is set in the early 16th century Reformation Europe.

Scarlet Sangster is 22 years old and studying for a masters in creative writing at Bath Spa University. She read a piece from her novel in progress, Among the Fields of Daisies, told from the perspective of an 11-year-old child in the process of developing anorexia. The writing is in second person and shows a very strong child’s voice. Scarlet’s aim, as she poignantly pointed out, is to break the stigma that eating disorders are a choice.

Beth Mann, a graduate with an MA in Creative Writing from Bath Spa University, read an opening of a short story exploring the effects of PTSD on German soldiers in World War One. It’s a very particular subject for which she’s done lots of research into German folklore.

The last reader for the evening was Jude Higgins, who has been widely published in various magazines and anthologies, and runs short story events to cure her “addiction to shorts”, as she puts it. Jude had her debut flash fiction pamphlet The Chemist’s House recently, from which she read a story. All of the stories in the collection are set in Wales in the middle of the last century.

The second part of the evening was reserved for the guest speaker, the award-winning writer, journalist and editor of A3 Review, KM Elkes. He started off the discussion on short fiction with a guitar tuning analogy, pointing out that to create something harmonious, many elements need to come together. 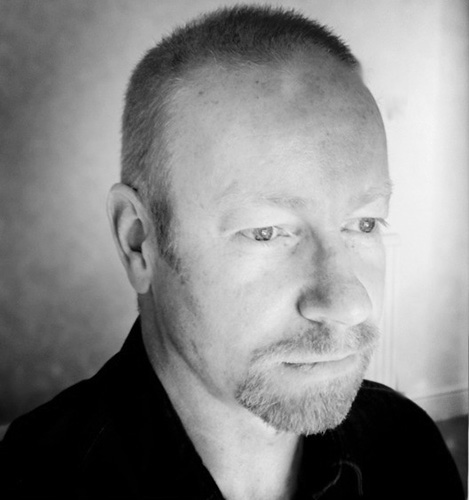 His key lessons were delightfully succinct:

Openings point to the need to grab people and get the mood going from the start, but with a soft touch that is appropriate to the story.

Another element to keep in mind when writing short fiction is pace: speeding up through language, when characters need it, and/or sometimes dwelling to bring home a different aspect.

All textbooks say that physical description doesn’t make a character, but what does? Here Ken talked about characters getting developed through dialogue and the way they interact with other characters.

Writing good dialogue is half the battle of writing well in general. Ken advised that what really matters is what’s not said in the words, rather than what is; the lesson being that dialogue is more than an exchange of information – it’s an indicator of mood.

To illustrate the points, Ken followed each up with a story – examples that were vastly enjoyed by the audience.

In the Q&A, many interesting questions were raised. A member of the audience asked for tips on developing your writing voice and building confidence in your writing. Ken keenly explained his experience of writing various characters, which can help with figuring out your own themes and that style and tone need practice and can be influenced by what we read. He pointed out that confidence comes from making mistakes.

To the question of how to know when a story isn’t working, Ken’s advice was to write hot and edit cold. He said that practice is most important and that craft has a muscle memory. For those situations of despair and not knowing, Ken recommended trying to rewrite from a different perspective, moving away from the story for a while and perhaps letting someone else read it, but not to give up on it.

The end conveniently ended with a talk about endings, and how to end a story well. Ken’s advice to fellow writers was to go back to the beginning of the story and see what has changed. He admitted that it is one of the most difficult elements to writing a story, with no secret formula to it, and he recommended ending on a particular image and figuring out what resonates.

His general advice to the audience was to aim beyond competence in order to write well.

As always, it was a delightful and relaxed evening full of tangible tips on all things flash fiction.

The next session is planned on 24th July to discuss DIY Making a Book with Dan Jeffries. For tickets, please visit: http://www.novelnights.co.uk.