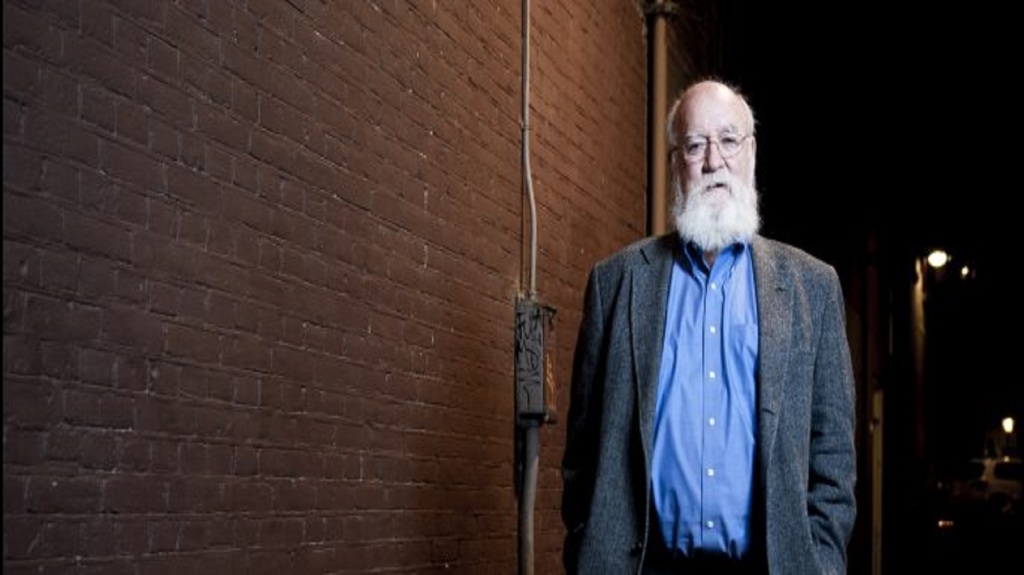 On Wednesday 22 February, philosopher Daniel Dennett discussed his latest book ‘From Bacteria to Bach and Back’ as part of the spring programme by Bristol Festival of Ideas.

Best known for his work on consciousness, the audience was eager to hear more from Dennett about ‘consciousness explained’: free will, and more. What Dennett talked about was in relation to his latest work and had more to do with natural selection and less with actual bacteria or with Bach.

Dennett started off with a caveat for the book, noting that there were a lot of strange inversions of reasoning in it, and presented the main one: when it comes to comprehension vs competence, which comes first?

Dennett’s straightforward answer is competence. By bringing Darwin into the picture, Dennett explained the premise for his answer by linking to the science behind natural selection consisting of mindless repetitive errors and this being enough for getting eventual progress. This brought up another question: how do you go from unintelligent design to intelligent design?

Dennett talked about memes having their own fitness – like viruses – and provoking their own replication. There was a mention of language evolving faster than brains, through strong selective processes. Only the strong memes survive, and they replicate quickly.

Asked about the frequent use of intelligent design as terminology in his work, Dennett indicated his reasoning that when we are trying to understand something i.e. work something out by means of reverse engineering, this is design; whereas natural design that precedes everything else deserves capitalised letters – Intelligent Design. Dennett’s hero, Richard Dawkins, is not a proponent of the term and doesn’t equate evolution to design, most likely because of the heavy religious connotation that the phrase carries.

In a Q&A with the audience, the inevitable question of free will was posed. What did Daniel Dennett have to say on the subject? Dennett explained his belief that humans have free will of choice, determined by reasoning, and equated free will to moral competence and indicated the need to lift free will from moral levity, simultaneously arguing we should stop looking for a particular place in the brain that contains human consciousness.

All in all, Dennett presented interesting arguments worth looking into in more depth. To anyone interested in timeless subjects, his work should be on their reading list.