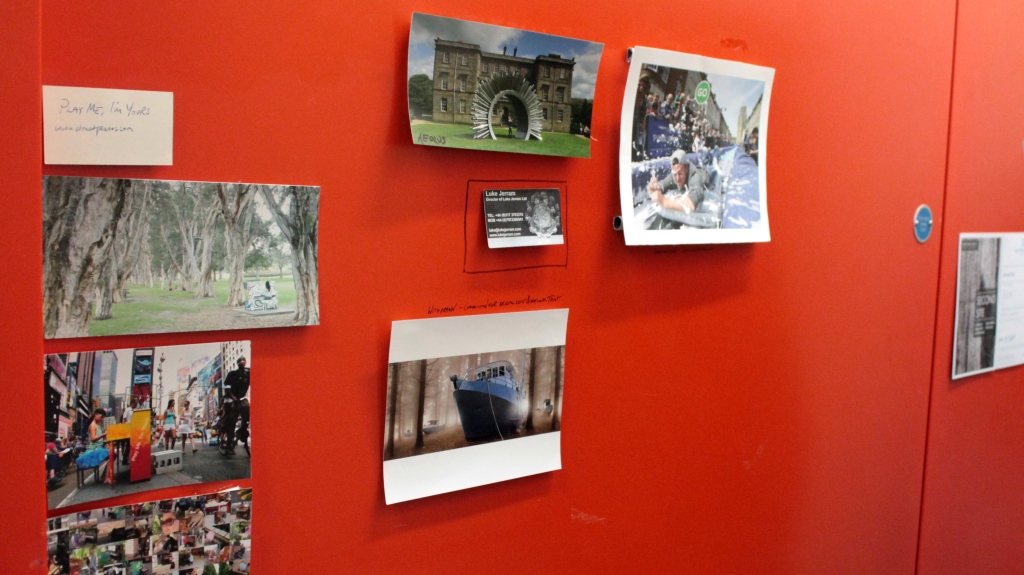 On Saturday, 21st of February, Spike Island opened its studios and allowed visitors the rare chance to have a peek and a conversation with the artists Linda Brothwell and Steve Joyce about their past, ongoing, and future projects, to discuss the nature of their work and any behind-the-scenes elements that are inevitable in the life of an artist. 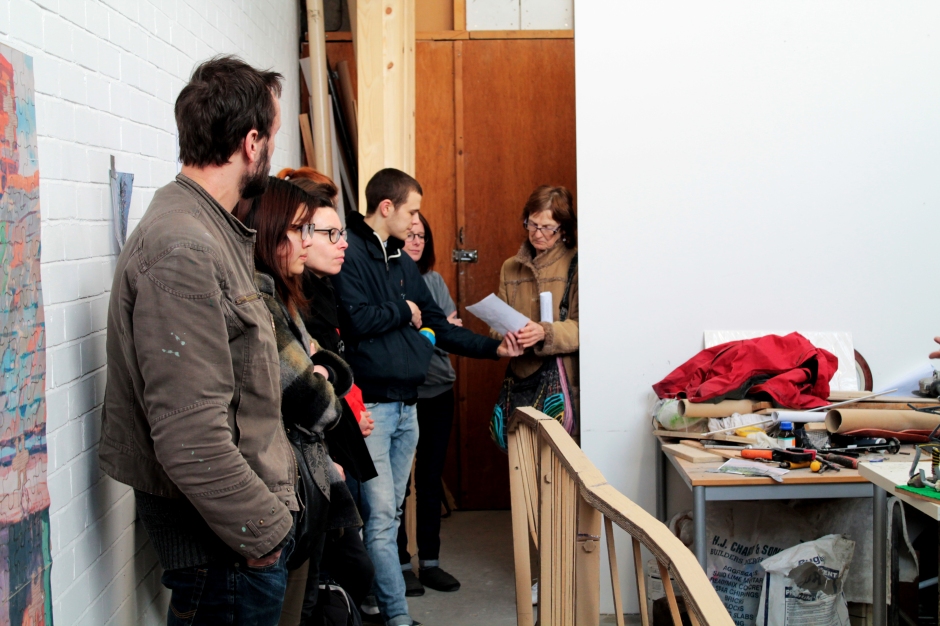 Linda Brothwell’s ‘tiny, tiny, tiniest’ studio, as she would say, is a rather cute and curious place of innovation. She started by explaining her background and how her artistic practice gradually moved away from its starting point and took a rather different shape, completely different on first sight.

Having trained as an apprentice in jewellery, she continued her training in silversmithing and goldsmithing, and discovered her true calling in representing the remnants of British crafts and tools, which she decorates with a specialized jeweller’s eye. 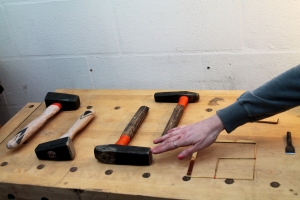 Brothwell explained that her exhibits consist of three parts: the tools she makes, the specific repair she conducts using those tools, and the documentation in a form of a traditional newspaper, which has both an educational and artistic aspect to it.  Her work also focuses on the woman’s role in the British crafts, women being a big part of  craftsmanship and yet underrepresented in historical terms.

Steve Joyce started his artistic practice as a sculptor. He talked about his unfinished work ‘Model Village’, in which he creates an authentic model of an English village.

It’s an idyllic scene represented from a bird’s-eye view and which he populates with natural disasters or ‘the wrath of God’: an active volcano, an earthquake, a flood, an air crash, and a coal-mine explosion. He pointed out John Martin, a nineteenth century English Romantic painter, as a major influence. 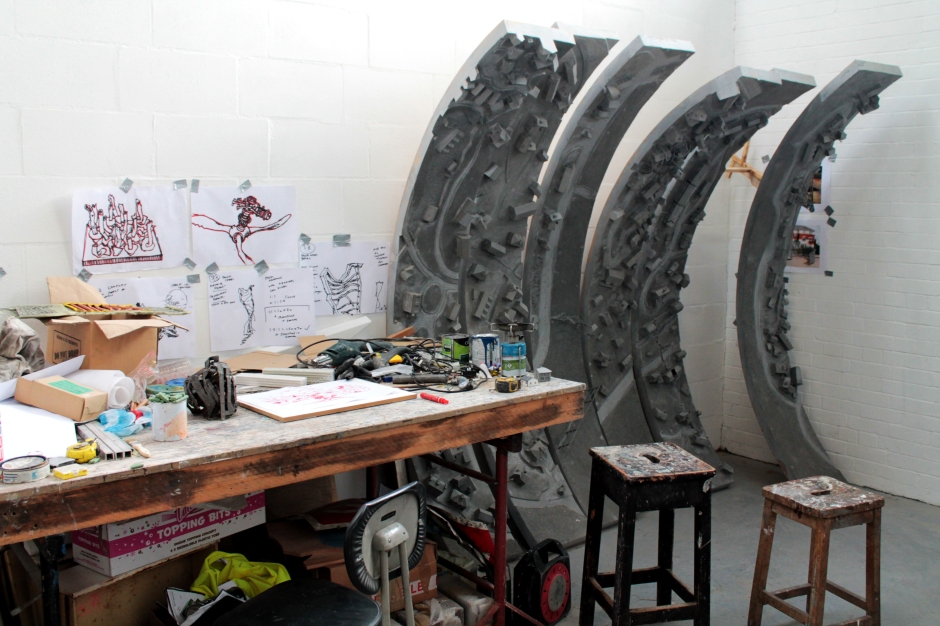 Another one of his projects focuses on creating a broken barrier out of cardboard, and he kindly pointed out the photograph of the real-life one that inspired him. 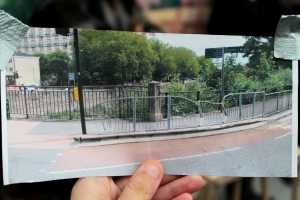 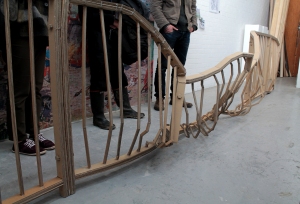 Part two of this installation project is a big jigsaw puzzle with a few missing pieces posted on the wall, which can be interpreted on many levels – life amiss-es, the insatiable and never satisfying aspect of human nature, the frustrations one inevitably faces; in other words the experience of brokenness.