Isabelle Cornaro works across various disciplines – painting, sculpture, film, and installation. The approach she takes to her art is one of translating messages through different media. Isabelle explores the subtle or not-so-subtle alterations in meaning that arise from the processes of reproduction and translation from one medium to another.

This is exactly what Cornaro does in Témoins ocula­ires – she explores the reproduction of ideas across media with the starting point being her recent digitised 16mm films, entitled Metronomie, Amplifications and Choses. The films are screened simultaneously on three walls of a pitch-dark room, and whereas opposite concepts are presented in each – linearity, symmetry and chaos – together they compete for the viewer’s attention and challenge him to find symbiosis.

The same found objects ingrained with symbolic potential presented in the films are then used in a series of installations, where Cornaro further investigates questions of composition and interpretation i.e. de-fetishizing the fetishized.

These visual themes or mises-en-scène are the physical representations of the previous act of watching the films – they are the physical reproduction of Cornaro’s cinematic ideas. Each setup is its own world, carefully pinpointed to the slightest detail (colour, space, material, appearance, order, and size) and the objects are given the background to be looked at with a penetrating gaze, searching for the one-opposed-to-many perspectives it represents.

In the words of the artist, stripped of the general context they represent, these artefacts are often linked to Western culture as a means of power, and the combination and arrangement in her work invites spectators to question the relationships between systems of representation and our understanding, and hence domination, of the world.

Following the films and installation, the exhibition is completed by a series of monochrome (red and purple) paintings which, again, are the reproductions of enlarged stills from Cornaro’s film Floues et Colorées (2010), in which colour is sprayed on a picture plane by an invisible hand.

Upon closer look, these paintings consist of millions of dots, thus reproducing the effect of spraying in the 2010 film. In other words, it’s a copy of the copy of the copy, translation of a movement into stillness. 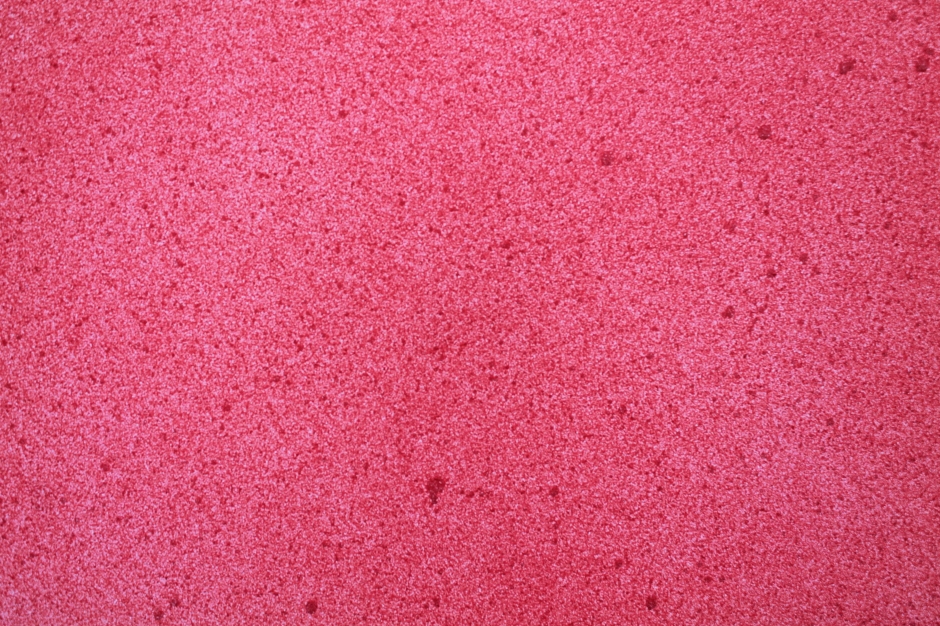 Thus, the artist is preoccupied and investigates questions that herein arise: at which transmission point does the meaning shift, the difference in emotional responsiveness, which details are non-translatable, and how does the lack thereof affect the copy.