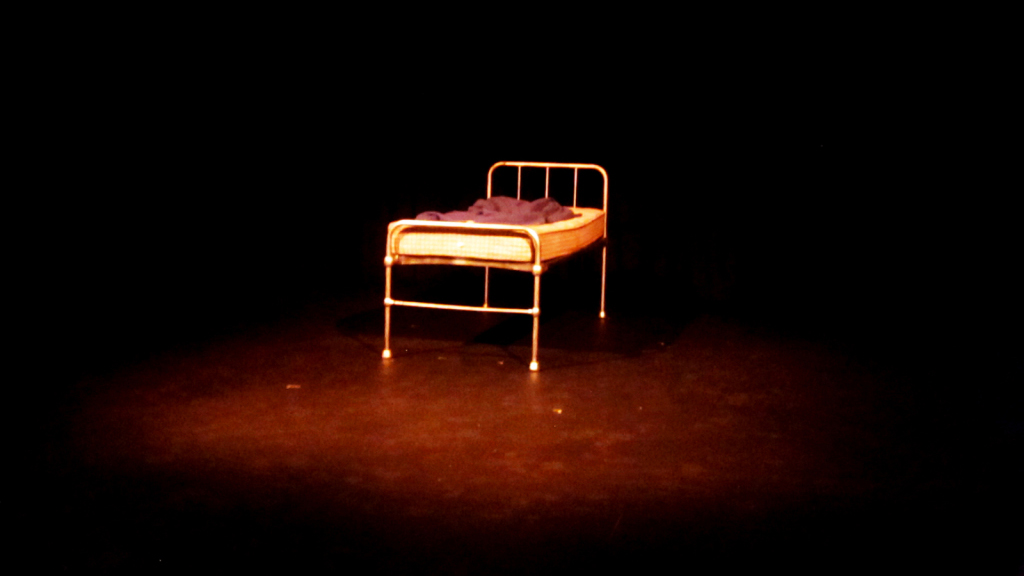 Kelvin Players are presenting the public with a new programme of one-act plays of mixed genre and authorship, running from 10-14th of February. Entitled Black Box Production, this new venture by Kelvin was creatively described as a setup that will allow new directors to show off their budding talent with a minimal set.

The local audience was to see two plays by local playwrights and directors, and three short plays by Samuel Beckett – Come and Go, Ohio Impromptu and That Time. The hall was full to the brim on the opening night.

It started with Ghosts of Bedlam by Arthur Aldrich, directed by Tony Mohammad. With a simple set and four actors, the play ambitiously intends to address the social issue of mental hospitals. Going back and forth between the past and present, the play also aims at sending a personal message, one of opening one’s eyes to their own inner demons or ‘ghosts of bedlam’.

The concept is almost film-like: built up on layers, time-travel, and the spectator can almost imagine seeing the dim, ghost-like effects resurfacing from the background. The big (social) issue represented in the play was brought forth explicitly, and perhaps in that respect, the play would have benefited from “more show, less tell”, and yet the personal story – driving the whole – was done excellently.

Second on the programme was Make Yourself Comfortable by Mat Rees, a member of Kelvin Players. In the words of Mat Rees, even though lacking conflict, the play intends to create drama past the conventional boundaries, attempting to evoke a deeper meaning.

The story revolves around three people arguing over the ownership of a chair. The chair, of course, can stand for anything and will have a different meaning to different people. At the heart of it, ‘the chair’ is an existential symbol, representing the innermost human questions: what makes a life meaningful, do we take things for granted, how to deal with regrets and move on.

As simple as it sounds, creating a story out of pure dialogue is no easy matter. Surfaced as a comedy – and the audience surely had their share of laughter – the play does leave one with a sad aftertaste, lingering on the poignant concept and wondering what is/would be ‘their chair’.

For this imaginative venture, Kelvin Players won the Best Actor and Best Supporting Actor at the Bristol #oneactfestival.

Come and Go, Ohio Impromptu and That Time by Beckett

Allowing a small intermission for the audience to recuperate and absorb their impressions, the evening was then crowned with the performance of three short plays by the one-and-only Samuel Beckett. Director Paul Garner elaborates on his choice of selecting Come and Go, Ohio Impromptu and That Time due to all of them revolving around the same subject and forming a full circle: alienation, loss, desolation.

Beckett’s timeless preoccupation with uncertainty has been picked up by the Kelvin Players actors, who have presented Beckett’s pure mystery – what is left when everything else has been taken out, what remains, scattered words, fragmented memories, invented lives, and lives never lived.

The programme goes on at the Kelvin Players Studio until Saturday, 14th of February 2015.