When entering Willem de Rooij’s exhibition, one cannot escape being engaged, as if caught in an intricate spider’s cobweb. The 18 large panels, spread on four walls in the gallery, feature a selection of photographs cut from newspapers in a time span of two and a half years (January 2000-July 2002). Hundreds of images stare into the visitor’s face who is instantly transformed into a camera eye. 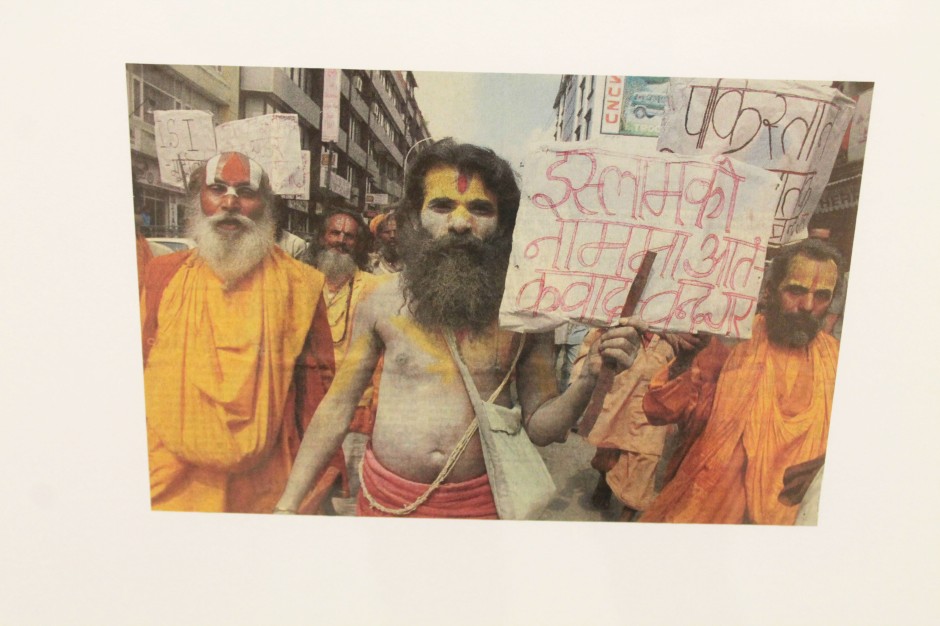 What you see is nothing else than a glimpse, a snippet of others’ grief, sorrow, joy, excitement, anger, and yet multiplied a hundred times over across different races, different continents, different time zones. De Rooij collected these cuts and named it ‘Index: Riots, Protest, Mourning and Commemoration’, intending to present a large selection of global political struggles. He investigates the mechanics of representation of images selected for worldwide distribution in the media. 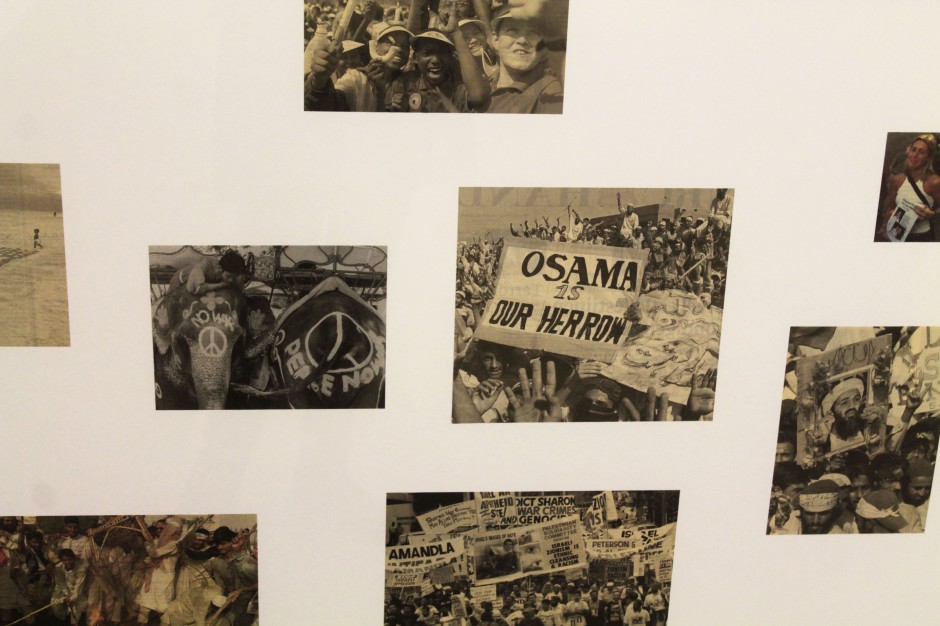 Do people stage themselves in a mode that suit their motives once shown to the rest of the world, or the media – including the ones shadowing the media – stage the events and everyone involved to match their politics, policies, and story requirements? This seems to be the big puzzling question behind De Rooij’s Index led by the concept of bringing together emotionally-charged images that the media contextualized as exploring similar issues. Thus, by putting them together, De Rooij looks at the result and questions the context and meaning, inviting different perspectives, senses, and implications. After exploring these questions in an inevitable chain reaction, it finally leads to the ultimate: who represents politics, and how. 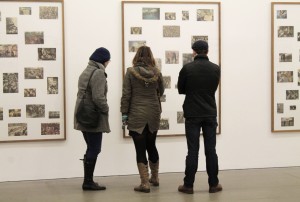 Willem has carefully decided not to include the newspaper headlines and captions, reorienting the focus on the visual content – the Image alone. Without the aid of words, the spectator is forced to look into the faces and penetrate the emotions shared by all. It’s like looking at the Other, but seeing oneself – a reversed mirror.

This connection can also be made with the help of the second work by the artist: Bouquet V, 2010, which consists of 95 different flowers loosely arranged in a spherical shape in a cylindrical vase. Each of the flowers is only to be found once in the bouquet, escaping order and classification, and remains visible in the whole. The work serves as a symbol of diversity and the indivisible disparity between the individual and the collective. It can perhaps be seen as a pictogram of Jacques Derrida’s ‘différence’ i.e. a general signifier of the heterogeneity between the ‘one’ and the ‘all’.  At last, the bouquet represents a memorial: of the represented mourning, of itself, of the death of the image in the ‘present’ it used to represent. Now, it’s the past that is to be commemorated.

iThere are no comments